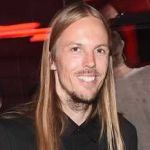 ⁣⁣A journey of creative evolution told through a folk-art puppet.