1:00
Look at you touch you from the moon

Look at you touch internally 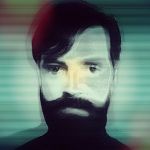 ⁣mirARTE internaMENTE (Looking at you internally), it is the search of ourselves from the inner look, it is an approach of looking at others and ourselves, it is entering into the entrails, into the internal world, into the mind, as if from a journey into the interior of the Internally, it was the option to discover who we are, from a perspective of transmutation of the vision of the technological world and cyberspace, as a response to the look into the intimate space within ourselves

- Selected and presented LABINTER : ART - MÉMORY - TECHNOLOGY in the PROGRAM EFEMERA IIMAGEM - FULLDONE 2019", in the Planetarium of the UFSM (Federal University of Santa Maria) October 31st to November 1st 2019, with organization and realization of Labinter and InterArtec. In Santa Maria (Rio Grande do Sul) - Brazil.

- Selected and presented in the IN 24-HOURS - Exhibition, curated by Ayshia Taskin and [SHIFT:ibpcpa] at "The Wall Space Gallery", ON-LINE: each work exhibited for 24 hours each day, from 01 April to 01 June 2020, in Falkirk - Scotland (UK).

1:00
Look at you touch you from the moon